Oktoberfest is one of the most important and traditional German celebrations. With more than 200 years of tradition, it has come to be the most massive and popular Beer Festival in the world. It is a two- week event held Germany. The leif-motiv is beer and having a good time. Oktoberfest is celebrated from September 21 to October 6, 2019. This “October festival” takes place in the Bavarian city of Munich, Germany.

Basically beer is a fermented alcoholic beverage that can be made with rice, barley, corn, hops, water and yeast. It comes in a variety of flavors, alcohol contents and colors. Beer can be classified according to its appearance, to its ingredients and, more commonly, to the fermentation process used in their making.
~ According to its alcohol content (AC) beer is classified into three varieties: Strong (7.5% AC), Lager (5% AC) and Lite (4.5% AC).
~ According to their ingredients and brewing methods used three of the most important types of beer are Lager, Lambic and Ale.

They are the most common type of beer in the world, the Pilsen style being one of the best known within this group. Lagers are
~ Lighter tasting, milder beers
~ Highly carbonated or “crispy”.
~ They have more subtle aromas and flavors, balanced and clean.
~ They should be served between 3° and 7° C.

These brews are originally from the British Isles and have more robust flavors than lagers.
~ They also have a much higher alcoholic content (6% up).
~ They tend to be fruity and aromatic with complex flavors and aroma and be more bitter beers.
~ They are better between 7° and 12° C.

They are unique Belgian brews, from the Senne Valley, near Brussels. Their name comes from the city where they are made, Leembek. Among the most unknown brews in the world of beers, lambics are created using spontaneous fermentation.
~ This process can last several years.
~ They are made using wheat and barley and in some varieties include fruits such as strawberries and raspberries.
~ Alcohol content in lambic beers generally ranges from 4% to 6%.
~ They are dry beers with very little carbonic gas.

~ Beer is arguably of the oldest alcoholic drinks Humanity has created. For centuries it has been one of the most popular drinks worldwide. Due to its cultural, economical and recreational role in many countries, since 2007 every first Friday in August is celebrated as International Beer Day.

~ The first recipes for brewing beer date back from the Sumerians in Lower Mesopotamia (a historical region of modern Iraq) in the year 5,000 BC.

~ Beer has the same origin and composition as bread. Primitive beers were basically made from fermented cereal flour; the only difference was the proportion of water used. More water= beer, less water = bread.

~ Vikings believed that in Valhalla, their paradise after death, they would meet Heiðrún, a magical giant goat that would supply them with beer forever.

~ According to Benjamin Franklin “Beer is God’s way of telling us that he loves us and wants us to be happy”. Franklin’s “beloved and venerable” friend Thomas Jefferson, U.S. President n° 3, said “Beer, if drunk in moderation, softens the temper, cheers the spirit and promotes health.”

~ When Niels Bohr, a Danish scientist, won the Nobel Prize in Physics in 1922, Carlsberg Brewery gave him a house located next to the brewery. The house had a direct pipeline to the brewery so Bohr had free beer on tap.

~ Although the Oktoberfest is known worldwide as the Beer Festival, it actually was meant as a celebration to honor the marriage of Prince Ludwig and Therese de Saxe-Hildburghausen, in 1810.

~ As from 2016, Belgium’s beer culture has been listed by UNESCO as an Intangible Cultural Heritage of humanity.

Bring In The Suds

And in spite of its pint size Costa Rica has a very strong beer industry. The mass-produced beer scene is dominated by two household brands: Pilsen and Imperial, popularly known as Rubia and Aguila. There is also a big market for craft brews, with almost a hundred brands. Names like Incógnita, Gracia Mistica, Tortuguero, Turrialba, Lechuza, Maroma boast having thousands of followers all over the country. Of course you can find many of the leading brands from the United States and other countries
Since 2012, there is a Festival de Cerveza Artesanal (Craft Beer Festival). This year in January there were more than 600 participants. The indie event was held at Centro de Eventos Pedregal, in San Antonio District, Belén. For the last 60+ years there have been Tico versions of the Oktoberfest all over Costa Rica. The celebration is the perfect excuse to take out the lederhosen (shorts with suspenders) for men and the dirndl (green and white dress) for women. They are in fashion again. Prost! 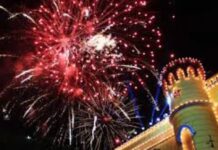 Children’s Museum of San José Illuminates Its Facade With 4.000 Bulbs this December 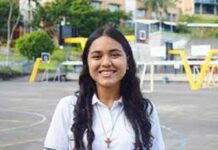 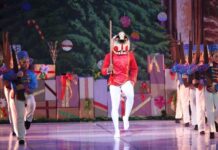 Tickets for the Nutcracker in San José Are Now On Sale