All over the world people seek ways to “hack” their internal energy system. Some people turn to soda drinks like Coca Cola or Pepsi products to get an extra boost, while some take it to another level and indulge in energy drinks or supplements like five hour energy and redbull, however the two most utilized forms of liquid energy around the world are coffee and tea.

Both tea and coffee are incredibly popular however, coffee seems to have taken the crown as the drink of choice amongst most Westerners, but despite its many benefits coffee just can’t offer the same nutritional value as tea… 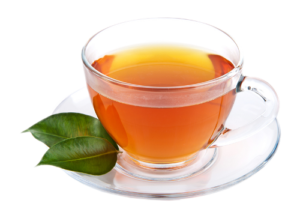 Coffee is a diuretic meaning it causes drinkers to lose fluids, tea on the other hand does a
great job at replenishing the body with fluid and nutrients. Not only is this fantastic for the body’s internal functions, it helps to prevent dry skin and keeps you looking and feeling fresh around the clock.

People often say that they couldn’t switch to tea because of the lower caffeine content. While on average coffee does contain higher doses of caffeine than tea, it’s the way you receive that caffeine that makes a difference. Drinking coffee leads to a massive rush followed by an eventual drop and “coffee hangover” while tea releases small amounts of caffeine into the body over the course of a long time and can keep drinkers running throughout the day with no depression.

There’s also a plethora of different types of teas all ranging in caffeine content, herbs used, and usage. Green teas contain the lowest amount of caffeine and have an unmistakable delicate flavor.  Green tea contains a massive supply of antioxidants which help the body fight disease like cancer, and perform daily functions at its best.

Black teas contain the highest amount of caffeine and are a good substitute for those that are trying to kick a serious coffee addiction. They have a much bolder flavor and come from the plant Camellia Sinensis.  Some types include: Earl of Grey,  English, or Irish tea.

Oolong tea falls in between Blacks and Greens with an earthy flavor that is as strong as a black tea with the delicate undertone of a green. It’s used for weight management, healthy skin, mental performance, and like the other types of tea has anti-cancerous properties.

Given the extensive amount of benefits tea offers I think it’s obviously the better choice to start your day. So next time you’re feeling lethargic and need a boost, try a more alternative form of energy.  Brew a cup of tea and I guarantee you’ll dip into a source of energy to last throughout the day!