“Parrita” is the canton number 9 of the Province of Puntarenas, on the Pacific coast of Costa Rica. It is located in the Central Pacific region of the country. With an area of 478.79 km² and is the last Costa Rican canton with the peculiarity of constituting a unique district. It borders to the east with Quepos, to the north with Puriscal, Acosta, and Aserrí, to the northeast with Tarrazú, to the northwest with Turrubares, to the south with the Pacific Ocean, and the west with Garabito. Founded on July 5, 1971. Its capital is the town of Parrita. According to the National Census, the population of the canton has around 22,000 inhabitants, of which 9% were born abroad.

The town of Parrita is located on the road to the famous Manuel Antonio National Park and is sitting in the middle of an African palm plantation.  According to local legend, the name of the town comes from a woman named Rita, who lived in one of the original settlements in the area, she owned the local store and often received packages, so the phrase “Es pa Rita” (it’s for Rita) was heard so many times that the canton was named Parrita.

The territory that currently corresponds to the Canton of Parrita was inhabited by indigenous people called huetares, who preferred to settle in areas near the coast; which were part of the Quepoa kingdom, on the Pacific coast, between the Pirrís and Térraba rivers.

The European discoverer of the region was the Spanish conqueror Gil González Dávila, in the year 1522; when the first incursion of our national territory was made from the southeast sector towards the indigenous settlement of Avancari (today Abangaritos, canton of Puntarenas). In 1563 Juan Vázquez de Coronado, passed through the area on his journey to the southeast part of the country.

In 1924 came Agathón Lutz, a German, who established the Pirrís Agricultural and Commercial Company, with a farm for the cultivation of banana; whose original site was where the La Ligia estate is currently located; The lands of this company comprised from the Pirrís River to Paquita.

Following the signing of the contract between the Government of the Republic of Costa Rica and the Banana Company of Costa Rica, a subsidiary of the United Fruit Company, in 1938, the Pirrís Valley was chosen by this company to begin operations for extensive banana cultivation; which caused the arrival of a large number of immigrants from the Republic of Nicaragua to Guanacaste and the Central Valley. The population began to form on the east bank of the Pirrís River; next to its mouth, in the place that became known as Barbudal; which gradually extended to the other side of the river, in the place called La Julieta. In 1941, during the government of Rafael Ángel Calderón Guardia, Parrita was constituted into the ninth district of the canton of Puntarenas. Subsequently, in 1948, Parrita was established as the 2nd district of the canton of Aguirre created on that occasion.

The first church was built in 1942, located in Pueblo Nuevo, which was dedicated to San Antonio de Padua; the current temple was built in 1967, located in La Julieta. In the archbishopric of Monsignor Román Arrieta Villalobos, the fifth archbishop of Costa Rica, on June 20, 1985, the parish was erected, dedicated to San José, husband of the Virgin Mary and is currently a suffragan of the diocese of San Isidro de El General, of the ecclesiastical province of Costa Rica.

The first school was established in 1942, in Pueblo Nuevo, with the name Official School of Parrita. The Professional Industrial Technical College of Parrita began its teaching activities in 1973; in the second government of José Figueres Ferrer; Four years later his building was inaugurated. The building in which today the Technical College is located was built by Marvin Carballo Vargas who was the second director of said institution, also during his administration, the “boarding schools” were built that were used to provide housing for students who lived in remote areas from the canton such as Playón, El Carmen, Río Seco, among others; as of 2012 they had become classrooms since transport service for students of these distant areas began to be provided.

Due to the problems that arose in the commercialization of bananas, as a result of World War II, the Banana Company of Costa Rica, since 1945 began to experiment with the cultivation of African oil palm; which was initially planted in the Palo Seco estate. In 1951, the first African palm processing plant was established in Damas; and since 1956 only this agricultural product has been cultivated. 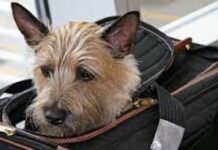 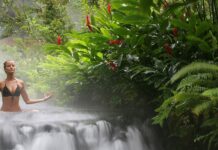 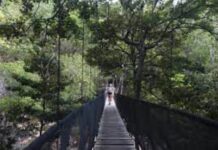