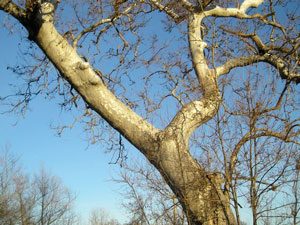 As the term is normally used, ‘theory of mind’ refers to “the ability to attribute mental states—beliefs, desires, intents, knowledge, etc.—to others and to understand that others have beliefs, desires and intentions that are different from one’s own.”

When you think about it, the obviousness of such a proposition makes the idea that ‘it’s just a theory’ rather absurd.

But there are people who are unable to ascribe the same mental and emotional states to others that they accord to themselves. They’re called psychopaths or sociopaths, and they are more numerous than you might think.

At the other end of the spectrum, two things happen in so-called mystical states. First, the sense of separateness, which is the fundamental to ‘theory of mind,’ and exemplified by narcissists of various kinds, disappears altogether. That is, the feeling of ‘me and the other’ dissolves into the fact of the underlying oneness of consciousness.

As meditative states become more integrated into one’s day-to-day life, one finds it increasingly difficult to think in the old ‘theory of mind’ terms. That brings its own difficulties, but one wouldn’t trade such states for the world.

With regular journeys beyond thought, one loses the sense of separate self but not one’s autonomy. Indeed, inner freedom grows in the true individual—literally, the ‘not divided person.’ The old consciousness however, upon which theory of mind is based, becomes problematic.

Even so, the outer world that the mind and hand construct (that is, everything that’s man-made) is very real, both physically, and in terms of the suffering that ensues from it. (Buddhist philosophy tends to be confusing on this point.)

Looking without the filter of symbols and memories, nature and the world are seen as they are in the moment. Then one does not contribute to the divisions and delusions of this world through one’s own distorting mental and emotional activity.

The human mind has a powerful tendency, buttressed by habit of thousands of years, to do two things: separate and store. At bottom, the human adaptive pattern rests on these two abilities, which enable us to manipulate nature, and increase knowledge.

On the other hand, because most people aren’t self-aware, mindful, and clear about the workings of their own minds, the distinction (not duality) between nature and the world is lost, robbing the individual of an infinite source of learning and energy. Indeed, if everything is conceived in man-made terms, the spiritual dimension inevitably dries up.

Point to something and ask a young child whether people made it, or whether nature did. Most children have no trouble making the distinction, and yet most adults lose contact with nature, and become increasingly blinded by the mental and physical things made by the human mind.

Our mental worlds are illusory, not in the sense that they don’t exist, but because when symbolic activity (words and images, memories and associations) cease operating, even for a moment, one sees clearly, perhaps for the first time.

When one observes all streams, inward and outward, without division, the stream of thought effortlessly ends. Then there is simply seeing and being, from which all that’s good flows.

The smaller of the two creeks, just beyond town (and soon to be enveloped by it), is running full and strong again after the latest winter storm. One forgets that for nearly four months of the year, until the rains begin again in November, it’s an arroyo, a stream of stones.

Despite a cold, stiff wind, I take the full loop on the bike, passing flat fields in view of gently ascending hills, with higher, secondary slopes in the distance displaying patches of new- fallen snow. The hillsides are green, and in another few weeks, wildflowers will appear in profusion.

A kite (not the man-made thing) hovers over the fields about 100 meters out. It’s displaying one phase of its distinctive flight pattern–fluttering its wings over a single spot for up to 30 seconds in search of prey. It tucks its wings back and plummets to the ground in an arc of pure grace.

The kite disappears after that first sighting, then reappears and hovers directly in front of one just as the mind falls silent in passive observation. In a meditative state, nature leaps forth, the world recedes, and there is no need for theory of mind.