The San Juan de Dios Hospital is a public medical center located in San José, Costa Rica. It is one of the most important health institutions in the capital and in the country. It was the first hospital built in the history of Costa Rica.

The creation of the San Juan de Dios Hospital dates from June 27th, 1845 when the then representative before the Chamber of Deputies of Costa Rica, Dr. José María Castro Madriz (later first President of the Republic) presented a project in theChamber to create the Charity Board (today, the San José Social Protection Board) and build a general hospital, since the country had none. This law was approved on July 3rd, which in its first article sanctioned the name of the hospital as “San Juan de Dios”.

The construction did not begin until 1852, with Juan Rafael Mora Porras as president, at the request of Monsignor Anselmo Llorente La Fuente and on the occasion of the War of 1856. It was completed in 1855.

A Medical boardwas the first directorate, in 1865 the hospital came under the direction of the Sisters of Charity until 1871. During the government of Tomás Guardia Gutiérrez, in 1874, the first courses for students from the Faculty of Medicine were organized. Cirilo Mora became the first Graduate in Medicine (1877). The Faculty had an ephemeral life and was closed in 1880.

In 1885, on the initiative of Dr. Carlos Durán Cartín, a lottery system was created to finance the hospital, and also by law the National Psychiatric Unit was annexed, known at that time as the Capulí Asylum.

In 1889, the general surgery section was created, in charge of doctors Marín Boneffil and Durán Cartín, and that same year the first remodeling of the building was carried out.

In 1903 the second floor of the hospital came into service, and in 1905 the first clinical laboratory was created. In 1909 adjacent land was purchased to expand both the hospital and the asylum, and in 1916 the dental service was opened.

In 1917, the first School of Nursing was founded in the hospital. Due to several earthquakes, the hospital was rebuilt and expanded in 1924. That same year, a service for the combat of tropical diseases was created.

In 1926 and 1927 the services of urology, pediatrics, pathology and orthopedics were opened, and a library was built, in 1936, the outpatient service was opened, and in 1937, the radiology service, thanks to private contributions.

In 1942, the Costa Rican Social Security Fund and the Hospital signed a contract so that the insured of that institution could receive care “temporarily” while a new CCSS hospital was built.

In 1943 the radiotherapy services and the blood bank were opened, in 1945, pediatric surgery, in 1960, rehabilitation, in 1967, the emergency service was built, a trauma clinic, also the Auditorium of the School of Medicine of the University of Costa Rica, the services of orthopedics, oncology, neurosurgery, the laboratory of hematology, hemodynamics, respiratory tests, isotopes, gastroenterology, and nephrology were expanded.

The hormone laboratory, audiometry, electrocardiography, metabolism and photomotograms units, all date from 1971, as well as the country’s first Intensive Care Unit. Without a doubt a meritorious institution watching over the health of our citizens for over 150 years and making all Costa Ricans very proud. 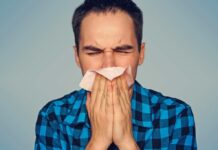 Could Engineered Mucus Be a Medicine of the Future? 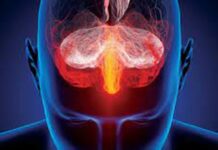 Learn How to Avoid Headaches and Migraines Without Taking Medicine 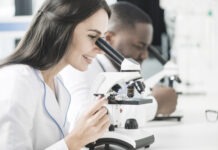