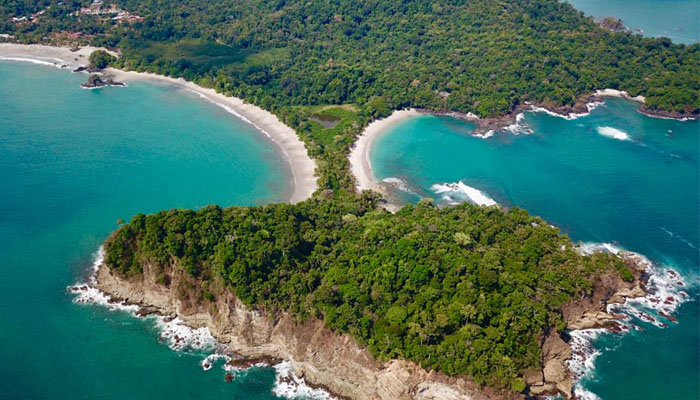 The fauna at Manuel Antonio and other National Parks has returned to its natural way of life, since it was closed to visitors on March 23rd due to the COVID-19 Pandemic, scientists investigating the phenomenon reported.

“Here, white-faced monkeys and raccoons got used to getting their food from tourists, who directly (and illegally)  fed the wildlife, even the young had learned to take food from tourist bags, which had drastically altered the behavioral patterns of these species,” said Grace Wong, researcher at the International Institute for Wildlife Conservation and Management at the National University (Icomvis-UNA).

But what has happened to these animals since the park was closed to tourists in compliance with sanitary orders? They simply disappeared from the tourist zones.

“Where are they now? In the forest, where their natural food is, because they don’t need people. It was easier for them when there were humans around, to go and steal their food, and even more fun, but now that they are not there (the humans), but animals did not starve, they went to the forest to look for their food,”explained Laura Porras, a researcher at Icomvis.

Keilyn Otárola has been for 11 years working as a park ranger in Manuel Antonio and, according to his account, it looks like a different park.

“We used to see deer, the female with the calf, but never a male, now we see the male too, here on the beach and they are well built, they look healthy. The raccoons stopped going out in the day and are now looking to go out at night to take advantage of the fact that the tides have been high to chase the crabs, the monkeys are no longer seen on the beach, they went to the forest, and the sloths have started to appear little by little”. 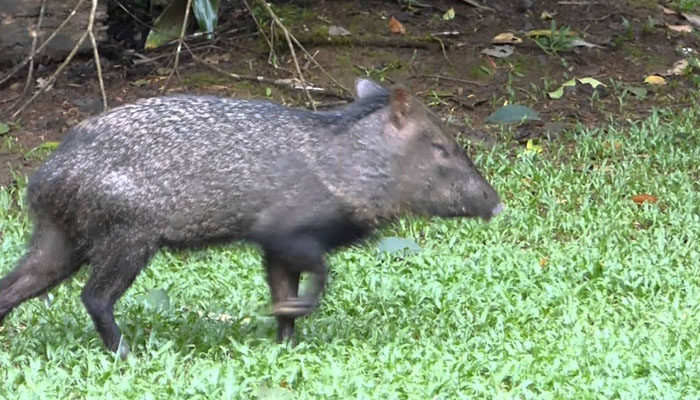 However, for Otárola, the most impressive thing was seeing Saínos (Pecaris) in the park.

“In all these years we had not had reports of saínos, we did not know that they were in the park and now they have been seen passing by the trails. We will have to see what happens when the park is reopened.” The Costa Rican National Parks are the lungs of the nation.

To facilitate the monitoring of animals within the park, researchers Wong and Porras designed a matrix with data such as date, time, and place where they are observed, with the aim of knowing what the behavior of animals is when tourists are not there.

“The Icomvis-UNA has taken similar data since 2017, and this will allow us to make a before and after comparison. According to Wong, the Minister of Environment and Energy, Carlos Rodríguez asked them to adapt this matrix so that the same records are carried out in other protected wild areas and thus be able to count on inputs that allow them to analyze new guidelines for the visitation of national parks in the future. The fauna In Costa Rican National Parks are a spectacle.