Acid rain is considered to be those precipitations with high concentrations of sulfuric and nitric acid. It causes significant damage to vegetation, wiping out nitrogen-fixing microorganisms. A very important indirect effect is the impoverishment of certain essential nutrients so that plants and trees do not have these and become more vulnerable to pests.

It is a natural phenomenon caused by, among other things, the emission of chemicals during volcanic eruptions and the decomposition of plants. However, the highest incidence of acid rain in our days is caused by human action, especially due to the use of fossil fuels (oil and coal), which comes from factories, vehicles, power plants and boilers.

Burning these fuels generates nitrogen oxide and sulfur dioxide and trioxide, which pass into the atmosphere. In it, a reaction with suspended water and other substances generates acid rain, which can spread over hundreds of kilometers.

To know the acidity and alkalinity of a substance, a pH scale is used, considering a level of 7.0 as neutral. From this level, the lower it is, the more acid that substance will be. Normal rain has a pH of approximately 5.6, while acid generally has a pH between 4.2 and 4.4.

Industrialized countries are the main emitters of polluting gases that are responsible for climate change. The rampant burning of these chemicals generates a combination of nitrogen oxide and dioxide and sulfur trioxide, which pollute the atmosphere. This is how suspended water and other substances generate acid rain, which can spread hundreds of kilometers.

Although the popular imagination makes us think that rain that corrodes the skin, the effect of acid rain is less spectacular, although not less damaging. Firstly, acid rain fatally affects water bodies such as lakes, rivers, and seas. It causes a change in acidity that destroys algae and plankton and increases fish mortality.

Impact of acid rain on people.

As for the impact it has on humans, physical contact with this type of rain is not harmful in itself. What is really dangerous are the nitrate and sulfate batches that are produced, which move through the air making it possible for us to inhale them. In the latter case, a long exposure to this type of particles could lead to certain serious respiratory diseases.

Animals also die from it.

By affecting the calcium in the soil, insects, snails, and other invertebrates with calcium shells die. Because it releases aluminum from the soil, acid rain destroys the gills of adult fish and suffocates them. It also makes the fish egg membranes too hard by preventing hatchlings from breaking and leaving.

Phenomena such as acid rain, global warming, environmental pollution must be one of the first challenges that must be proposed from the highest levels of the different governments of the world to each individual since the problems that these generate will do even more damage to all life on this planet. 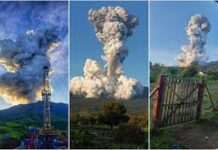 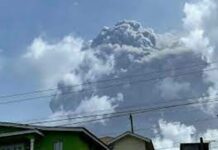 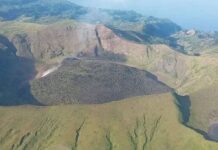