Ghost hunting in paradise? Why not? Be warned: some of these stories are not for the faint of heart.

During the last few years, there has been an increased interest in ghost hunting, both in the United States and worldwide. Shows such as Ghost Hunters, Paranormal State and Ghost Adventures have sparked a flurry of spirit-seekers to visit locations reputed to be inhabited by people who have traveled over to “the other side.” Costa Ricans — expats and locals alike — also seem to have caught the ghost-hunting bug. So the question arises: Where can you find haunted locations in Costa Rica? 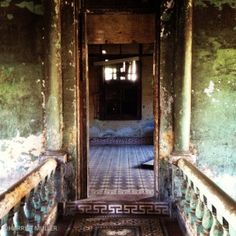 Perhaps the best-known location for paranormal activity is located within the shadow of Irazu Volcano. Some 38 miles from San Jose, near Cartago, is the Sanatorio Carlos Duran. Driving from Cartago, as you head toward Irazu, follow the road to the left which heads to Prusia and you will find it there. Dr. Duran felt that the location and the climate would make a perfect place to treat patients stricken with tuberculosis and leprosy, so, in 1915, he built a hospital.

Throughout the years, the sanatorium-hospital was transformed from a medical facility to an insane asylum and — for a time — also served as an orphanage. However, the Colossus of Costa Rica, as Irazu is known locally, decided in 1973 that Dr. Duran’s hospital had run out of time. The 1973 volcanic eruption forced the hospital to close once-and-for-all — at least for the living.

Residents in and around Cartago have long reported spectral encounters throughout the hospital grounds. Ghost Hunters International, a spinoff of the popular Ghost Hunters show on the American SyFy channel, made Dr. Duran’s sanatorium one of two Costa Rican locales that were investigated.

Encounters range from sounds, feelings of sadness, shadow images, and items being tossed out of the patient’s rooms. One of the more persistent stories is that of an image of a nun who is seen on the grounds. Perhaps she is tending the sick in the next world, much as she did in this one. 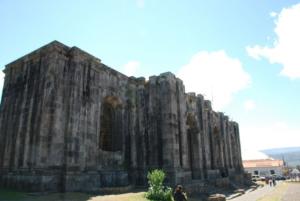 The town of Cartago is also home to a famous ghost tale. In Parque Central you can visit Las Ruinas de la Parroquia — a spot where churches, of one type or another, have stood since 1575.

Legend has it that in the 1800s, a young priest fell in love with his sister-in-law and had a scandalous affair. The affair was discovered by his brother, the mayor, who killed the priest in a jealous rage. Soon after the murder, the original church was destroyed during the earthquake of 1841.

It was then rebuilt, and almost immediately after completion, it was destroyed again in the quake of 1910. An earthquake continually halted all attempts at reconstruction of the church, prompting the townsfolk of Cartago to give up on reconstruction, deducing that the grounds were evil and haunted. Although only the outer walls of the building remain, visitors tell of a headless spirit who continues to roam the church grounds. 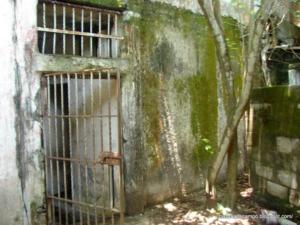 The other site, which the Ghost Hunters International team investigated, is San Lucas Island off the coast of Puntarenas.  Though inhabited by various indigenous groups since roughly 1000 A.D., the island is best known for its infamous prison.

Prior to the building’s construction in 1873 under the presidential orders of Tomás Miguel Guardia Gutiérre, it was used by the Spanish as an internment camp for natives who were subsequently killed at the site of their ancestor’s burial grounds.

During its tenure, San Lucas had a reputation as both one of the most dreaded prisons in Central America and as the final destination of some of the most horrific criminals in Costa Rica. Murderers and rapists were intermingled with political prisoners and, as might be expected, many perished.

There are countless stories of torture and of the suffering of those sentenced there. Among the many ghostly encounters recorded is that of a nurse who was reportedly raped and killed by the prisoners while she was treating them. It is said her ghost can be found in one of the holding cells which has two drawings of a woman-allegedly made with her own blood.

Today, San Lucas is a national park, and there are several tour companies offering the adventurous the opportunity to follow in the footsteps of the ancients and of the ghost hunters.

For those seeking a more inviting location to check out the paranormal, a visit is recommended to the beach at Playa Grande in Tamarindo Bay. Rumored to be an ancient burial and ceremonial site of one of the long forgotten tribes who lived in the region, ticos and non-ticos alike have reported various ghostly encounters. At the very least, there is the sun, the sand, and the ocean which can certainly compensate for a lack of paranormal activity.

Montezuma is another shore rumored to be an old burial ground, and the nearby Cabuya Island still is! 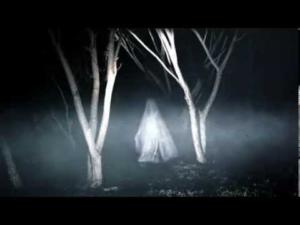 Costa Rica also has its’ own version of the banshee. Although she is known throughout much of Central and South America, La Llorona or “the Crier” in English has a unique Costa Rican identity. Maria, (La Llorona’s first name) apparently became involved with someone while she was married and had his child.

In despair, she is said to have thrown the baby into the river before taking her own life. Now, she wanders the length and breadth of Costa Rica, usually near water, looking for her lost child and crying a warning to those thinking of having an affair.

So tell us, do you dare visit these haunted locales? Will you explore the beyond in Costa Rica?

The Charm of Roca Bruja: A Surfers Paradise