The need for speaking a foreign/second language –a different one from your native language– may be tracked down long before the Christian age. According to the biblical text, there was the construction of a very high monument, better known as the “Babel Tower”, where men from different geographical regions all over the Earth were working together and, amazingly, they used to speak a single world’s language. This fact made possible that they could understand each other any time they wanted. 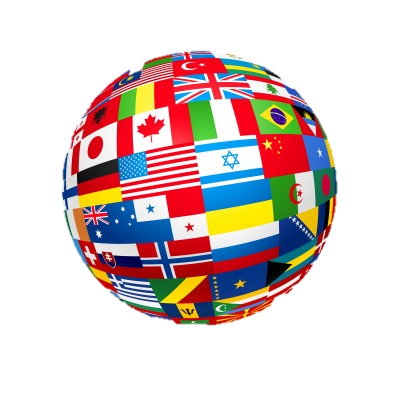 But, based on the tradition of that biblical literature, the lack of humility and the excess of the vanity of those men offended the Almighty God so He decided to confuse such men by making them start speaking in different languages. After that, they could not understand each other any longer. And the rest of that story is, up to a certain extent, known by most of us.

That is why some people have felt that, during their lifetime, learning a foreign language turns a very important task to be done. In fact, highly-specialized occupations such as those of interpreters or translators were born because of a true need for communication and understanding among speakers of different languages.

In a certain sense, speaking another language is often seen as something meaning an advantage for any person, especially if he/she has the opportunity of traveling beyond national borders. Nevertheless, this advantage may vary depending on how much time you dedicate to learn a different language and your own will to master it.

Despite the satisfaction a nice conversation in a foreign language may bring, there are always frequently asked questions such as: How good is a person on speaking a second language? How many words does it imply to become a bilingual speaker? Is it possible to learn more than two (2) foreign languages at the same time?

Usually, when you hear that someone else is starting to learn a foreign language, your mind might fill up with images of different places or environments covered in foreign words written on sticky notes stuck to everyday objects. Not a bad idea, is it? However, before you can wrap your head around the difference between one thousand (1,000) or five thousand (5,000) words, you will need to think about what a “word” is and the answer will depend on who you ask.

In a certain way, some people count every single form of a word. For example, from the verb “to run”, we get “run”, “runs”, “ran”, “running”, and much more. By some other counts, these would all count as individual words, with slightly different meanings related to grammatical features as the person, number, and tense.

In a different way, other words are counted only by looking at the headwords or word families. This emphasizes the basic forms of which most words are listed in the dictionary and the root word from which all other forms are derived. When counting this way, “house” and “houses” would be two (2) forms of the same headword: “house”. The same would be true of “am”, “is”, “was” and “be”, all forms of the headword “to be”.

Additionally, though it is true that you cannot learn a foreign language without learning the words that make it up, it is also true that memorizing a huge vocabulary should not be your main goal. The difference between those one thousand (1,000) or five thousand (5,000) words is a small one if the extra four thousand (4,000) are just different versions of the first (1st) one thousand (1,000) words. This amount applies especially if they are words that you will barely use or, on the other hand, if you do not really know how to use them.

Of course, there is no magic number of words that you can learn to suddenly unlock all of a language’s mysteries, but there are certainly ways to think about the numbers of words that add up to language fluency. In this sense, there are ranges of vocabulary that correspond, more or less, to different levels of fluency. There are also particular kinds of words you should learn before others to get yourself closer to fluency.

To finish, you should keep in mind that different languages may also have different amounts of words. In consequence, the vocabulary you need to learn at different skill levels will vary depending on the factors mentioned before.

The Band Director’s Lessons About Life (2)

Costa Rica: One of the Most Innovative Countries in Latin America

Biotechnology Scientists Are Captivated by the Wonderful Power of Plants

GENFORES Contributes to the Genetic Improvement of Tropical Species