Did you know there are natural anti-depressants that are found in dirt, and these can actually make you both happier and healthier?  Researchers have found that microbes in the soil have similar effects to those gained from taking Prozac.  Yet they don’t bring with them the potential side effects and chemical dependency. 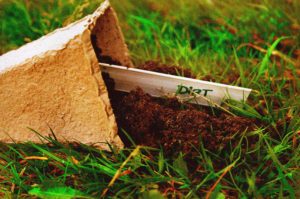 For centuries local healers have known about the many different remedies found in nature.  Those ancient healers may not have actually known the scientific reasons why a particular remedy worked, but that it did.  So continued using them to cure many physical ailments, even mental and emotional problems.  Modern medicine may have discovered why many of these medicinal plants and ancient healing practices worked, but they are still unraveling other unknown mysteries.

For example, the natural anti-depressant found in common dirt contains “mycobacterium vaccae”.  In clinical studies, it has been determined that this substance actually mimics the effects many people gained from using drugs like Prozac.  It is a bacterium found in dirt, and stimulates the production of serotonin which can help you to relax and feel happier.  Cancer patients took part in recent studies, and reported feeling less stressed and a better sense of quality of life.  Depression, anxiety, obsessive compulsive disorder, and bipolar problems have all been linked to a lack of serotonin in the body.  These anti-depressant microbes seem to be a natural remedy for depression, have no adverse effects, and can be ‘ingested’ as easily as playing in dirt. 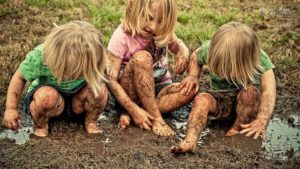 These powerful little microbes found in dirt are now being studied for the effects found on improvement of cognitive function, Crohn’s Disease, and possibly even rheumatoid arthritis.  Tests have been conducted on rats, and the results have been very promising.  Increased cognitive ability, lower stress, and better concentration on tasks when compared to a control group.  If the results from these studies are any indication of what is happening out there in the dirt, the effects of this natural anti-depressant can last for up to 3 weeks after having such a great day in your garden.

While out in the garden and working through the soil, the bacteria is innocently inhaled.  Or through contact with the soil, it can get into the bloodstream if there is an open cut or exposed sore.   Most dedicated gardeners will tell you that their garden is definitely one of their most favorite ‘happy places’, and working in their garden simply makes them feel good.  And now it seems that science agrees with them.

So get out there, play in the dirt, and you can improve not only your mood, but even your health.

Contact us if you would more information on natural remedies that can make a difference.