In only 51,100 km2, Costa Rica has about 95,000 species, and this number represents only 19% of the half million species in the country. It is also home to 3.5% of reported marine species in the world. 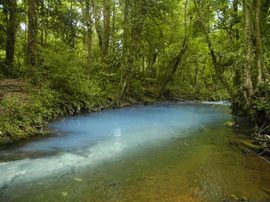 It is interesting that a small country like Costa Rica, which represents only 0.03% of the planet’s surface, is home to 4.75% of the world’s biodiversity, not to mention its marine extension, which is 11 times larger. Definitely, Costa Rica´s Biodiversity and National Parks are Priceless.

Costa Rica is, in fact, one of the 20 richest countries in biodiversity in the world in number of species per unit area. What does that mean?

It is possible to find more species in 1,000 km2 in Costa Rica than in the same extent in rich biodiversity countries like Brazil or Colombia.

The wide variety of altitudes, microclimates and ecosystems in our mountains, as well as the influence of two very different oceans are some of the features that foster this enormous biological wealth.

Unfortunately, only 14 countries have more than 20% of its territory under special protection. Costa Rica has 26.2% of its land and a total of 169 protected wild areas under legal protection.

Thanks to Costa Rica´s conservation efforts, which also include private reserves and biological corridors, the country has positioned itself as a well known touristic destination, a reason to celebrate but also to remember that our national parks should be highly valued and cared for.