Costa Rica initiated direct contacts with the pharmaceutical companies AstraZeneca (Sweden), Sinovac (China), and Pfizer (Germany) to obtain access to the COVID-19 vaccine that they are developing.

This was reported by the Vice Minister of Foreign Relations, Adriana Bolaños, during the daily press conference at the Presidential House on August 21st. According to the official, the country seeks early access to the vaccine.

“There is going to be a large amount of demand with a limited supply because the developer’s production capacity will be limited,” said Bolaños. “We have made approaches with some developers: for example Pfizer, AstraZeneca (carried out in conjunction with the University of Oxford in England) and Sinovac, which are among the most advanced in development. But we are also exploring other options,” she added.

The national government had already announced contact with the mechanism of the World Health Organization (WHO) called Covax, which would seek to bring vaccines to countries with less accessibility. The goal of this mechanism is to distribute 2 billion doses by the end of 2021.

However, these doses will have to be distributed among several countries. According to Covax, the initiative could supply vaccines for 20% of the population of each country, so governments will have to seek other forms of access.

The three companies with which the government announced contact are already in phase three of clinical trials (the last stage) and all carry-out tests in Latin America, particularly in Argentina and Brazil.

To make purchases from pharmaceutical companies or other mechanisms, the government announced that it will set aside a fund for the purchase of vaccines, without specifying how much the amount will be.

“To guarantee this access (to the vaccine), the government of the Republic in the next extraordinary budget (of 2020), will allocate an amount to make an economic provision,” said the President of the Republic, Carlos Alvarado.

“This is an atypical procedure. We are seeking resources for the potential purchase of something that has not been approved. We are taking all the internal control standards to have that provision, not wasting time for having those links,” added Alvarado.

There are still uncertainties about how vaccines will work, particularly because of how little is known about immunity to the novel Coronavirus, the pharmaceutical companies themselves admitted.

“It is a risky investment. All these developments require payments in advance, not in full but in advance. In the end, it is a risky investment because that development may or may not arise”, said Bolaños. Pfizer, AstraZeneca, and Sinovac reported in phase two, results that their COVID-19 vaccines elicited a robust immune response and produced no significant adverse effects.

Vice Minister Bolaños also pointed out that the country is adapting vaccination protocols so that the COVID-19 vaccine complies with national regulations. The National Vaccine Law stipulates, for example, that “the compulsory and free vaccines are guaranteed to the entire population, as well as effective access to vaccination, especially for children, immigrants, and sectors located below the poverty index”.

“It must be defined how to adapt to an unprecedented situation, of a still non-existent vaccine, and the requirements of national legislation on the acquisition of vaccines,” the Foreign Ministry said in a statement. 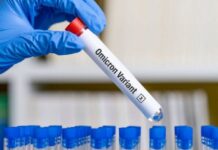 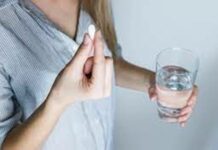 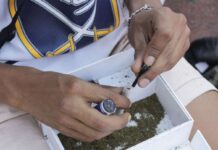