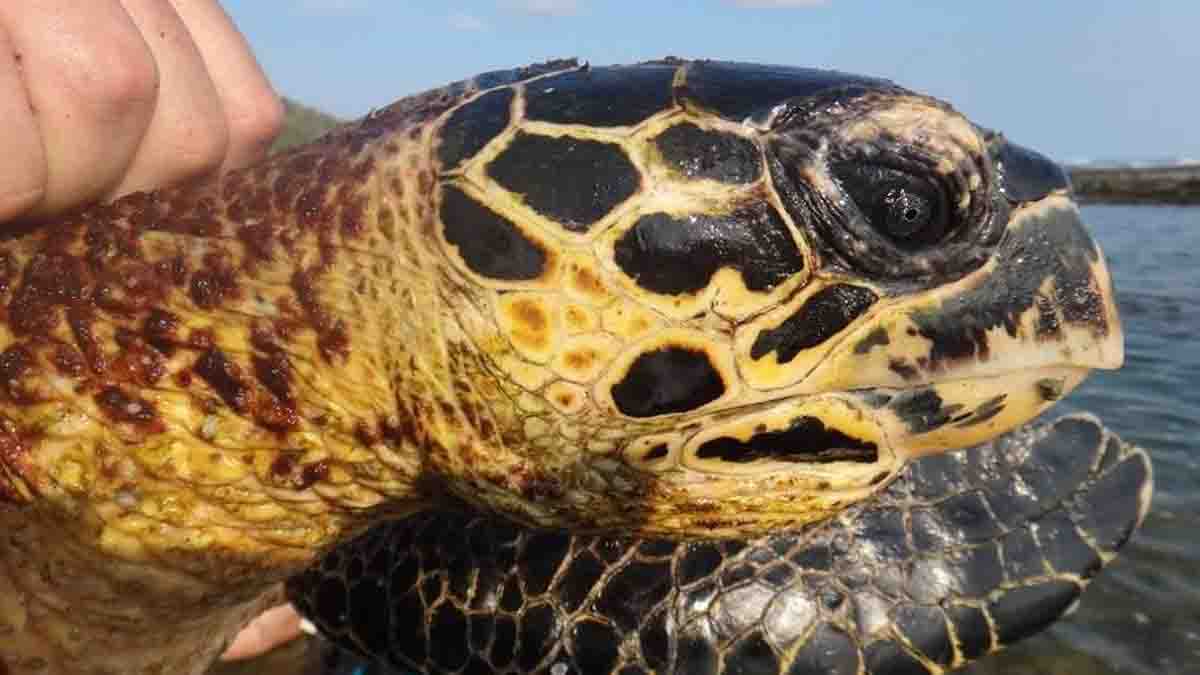 The prompt response from officers of the National Coast Guard Service, as well as neighbors, saved the life of a hawksbill turtle, which was going to be butchered on a beach in the canton of Matina, province of Limón.

According to the incident reported via 9-1-1 to the Limón Coast Guard Station, unknown individuals had dragged a turtle to a site near the beach and tied it up, possibly to detach it in order to sell its meat.

Immediately the GC 26-1 speedboat moved to the site with several officers on board, who did indeed find a hawksbill turtle, which was upside down, covered with palm leaves and with its fins tied.

The coastguards proceeded to inspect the reptile to rule out any injury, and determined that it was unharmed, since the officers feared that it had been harpooned by some turtle hunter, who unfortunately operate in the area and often attack these chelonians in a cruel and illegal manner.