Costa Rica reaffirmed on the International Day for the Preservation of the...
Read more

Costa Rica Guarantees the Rights of People without Nationality

The First Committee of the Colombian Chamber of Representatives (deputies) approved this...
Read more
TCRN STAFFhttps://www.TheCostaRicaNews.com
Creating a Conscious alternative news network that we feel the world needs. Pura Vida! 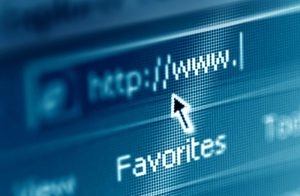 Latin America News – Report shows that Brazil is the most addicted to Facebook. This is just one of the many surprising facts on internet growth in Latin America.

The analysis firm Pingdom prepares a yearly report that collects data about network behavior in different areas, from the amount of email accounts to the evolution of social networks.

And the results are surprisingly strong presence with all Latin American countries in regard to the social Internet.

Penetration
In 2012 it was 2.4 billion Internet users in the world and, of this amount, 10.6% are Latin American users, just over 255 million, representing a penetration of the network in the region of 42.9%, according to Internet World Stats, which compiles statistics on web usage.

This penetration rate is still relatively low when compared with 78% in North America and 63% from Europe, but also reveals the growth potential of the Internet in Latin America.

Brazilians addicted to Facebook
According to figures released by the analysis service Social Bakers , the number of Facebook users in October 2012 exceeded the amount of 1 million active users who clicked the “I like” about 2.7 million times a day.

It is interesting that, although the United States is the country with the largest number of users, it is not the most active on Facebook.

This year Brazil was the first in this sense there was an average 85,962 comments every 30 days. Next in the list Egypt, United States, Turkey, Spain, Colombia, Russia, Italy, Mexico and France as the ten most addicted to Facebook.

Presidents in Twitter
Data provided by the Digital Policy Council , devoted to analyze the behavior of heads of state in social networks, indicated that in 2012 increased by 78% the amount of state leaders with accounts on Twitter.

Venezuela’s Hugo Chavez is the one that leads among the leaders, only surpassed in the list for its pair of Barack Obama.

With its 3.8 million supporters, Chavez has already occupied the position in 2011 in the list of the ten most popular heads of state on Twitter, distantly followed in sixth place by Dilma Rousseff, in the seventh by the President of Argentina Cristina Kirchner, Colombia’s Juan Manuel Santos in the eighth and Mexico’s Enrique Peña Nieto in the ninth.

Moreover, in 2012 decided to finally open an official Twitter account the presidents of Paraguay, Honduras, the Bahamas and Jamaica.

Regarding Obama, who tops the list with advantage to have 24 million followers, his tweet “four more years” after winning the November election was the most tweeted the year: about 819,000 times.

Search and post
In 2012 Latin America searches reached a staggering 1,200,000 million searches on Google and sent an average of 144 000 million emails every day.
Although this email traffic seems too high, everything has an explanation, in fact, 68.8% are spam.

For its part, the email service from Google, Gmail, ranks as the most used in the world, with its 425 million users.

As to upload videos and pictures, report data show that Facebook users rose 300 million pictures per month and, since Instagram launched in 2010, have been posted about 5,000 million images.

Looking ahead to 2013, the report predicts that more will access the web through our cell, that social networks have an increasingly important role in our lives and that we will rely increasingly on the Internet both personally and professionally.

Costa Rica reaffirmed on the International Day for the Preservation of the...
Read more
Opinion

Costa Rica Guarantees the Rights of People without Nationality

The First Committee of the Colombian Chamber of Representatives (deputies) approved this week, with 19 votes in...
Read more
Health

The Costa Rican Ministry of Health hopes to acquire the first vaccines against SARS-CoV-2 and start with the vaccination campaigns against the...
Read more
News

The Costa Rican Petroleum Refinery (RECOPE) requested an increase of up to ¢ 9 per liter in gasoline and a reduction of...
Read more
- Advertisement -

The Costa Rican Ministry of Health hopes to acquire the first vaccines against SARS-CoV-2 and start with the vaccination campaigns against the...
Read more

The Costa Rican Petroleum Refinery (RECOPE) requested an increase of up to ¢ 9 per liter in gasoline and a reduction of...
Read more

In recent days, 25 fishing organizations from the communities of Puntarenas and Guanacaste have expressed their resounding opposition to the reactivation of...
Read more

Two million bees were poisoned in an apiary at Bijagual de Carara, in Turrubares de Puntarenas; apparently from the use of insecticides
Read more
- Advertisement -