The End of Growth 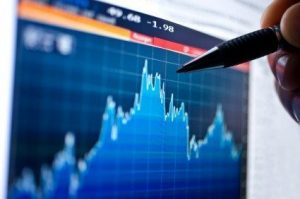 The European Union’s economic crisis pits two completely different philosophies against each other. On one side is the ‘sinners must pay’ chorus, the austerity buffs. On the other is the ‘let’s prime the pump and grow together’ group. Both are missing an essential economic shift in the West.

As every Economics 101 student learns, the saturation of a market is equivalent to a market’s limitation, either in particular sectors or in an economy and region as a whole.

In North America and Europe we have reached the saturation point of consumerism itself. That means, in the United States for example (where consumer spending represents upwards of 70% of the GDP), that the standard model of economic growth can no longer extricate us from this slump.

Some of the cause is glut, but most of it is gut. That is, there’s only so much stuff a body can consume and still believe it will make you happy. In short, we’ve reached the limits of materialism, and that has drastic economic consequences.

Pseudo-scientific mechanisms of economic theory notwithstanding, what the global financial collapse of 2008 and its aftermath have shown (though many economists and politicians, as well as citizens are still in denial about) is that at bottom, economy is psychology.

But let’s focus on the standard model for a minute. For over half a century in America and Europe, since the Great Depression on both continents, the cycles of boom and bust, growth and recession followed like the seasons, albeit, under new regulatory mechanisms, like the muted and Mediterranean seasons of California, and…the Mediterranean.

The standard model of growth says that the way to get out of recessions is to foster growth, both through government 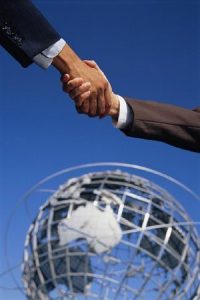 spending and by unleashing the spending and ‘confidence’ of the private sector. (‘Confidence.’ There’s a vaguely defined psychological word if ever there was one.)

The present crisis with the ‘PIG’ countries (Portugal, Ireland, and Greece) pits the ‘let’s grow together’ advocates in the EU against ‘the sinners must pay’ crowd. In America this divide manifests as a return to political purity and Puritanism. (For example, health care costs in the USA are going through the roof, and the Republican solution, under other guises, is simply to “let them die!” as people shouted at a recent Republican debate.)

The ‘let’s grow the economy first’ promoters inveigh that just when we need the governments of Europe and the United States to increase government spending to ‘prime the pump’ of economic expansion and growth, the deficit hawks are shrieking and holding sway about austerity measures.

“If there is austerity everywhere, where is the engine for growth?” asks Jean-Paul Fitoussi, professor of economics at the Institute of Political Studies in Paris. “No austerity program can lead to growth in a period of discontinuity in the global economy and slowing economic activity everywhere,” Fitoussi avers.

The problem with this rhetorical question, and its seemingly self-evident answer is that it presupposes the veracity of its unstated premise, which is: Growth is the cure to this recession. And who can argue with that? Even deficit hawks claim to simply want to ‘unfetter’ the private sector, after putting the sinner’s economies back on the path of fiscal righteousness.

‘We agree that deficits must be reduced and governments must live within their means,’ say the growth now fans; ‘we just need to have growth first, or you’ll be exacerbating the contraction.’

However, accepting the standard model means ceding the field to China, India, and the other emerging ‘BRIC’ countries (Brazil and Russia). The only alternative is to create another model for economic vitality.

But what could that model possibly be? What provides the engine if growth is never going to do anything more than chug along at half its former rate of speed in North America and Europe? 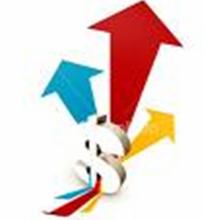 Sovereign debt obviously requires some sacrifice of sovereignty to resolve, especially in purportedly integrating regions such as the European Union. Retreat and retrenchment into German, Greek, English, and Italian islands isn’t possible when all nations have become ice floes floating on the same warming sea.

Sustainability, though it’s become a catchall fad word, with little actual meaning, has to be seriously factored into economic equations, since sustainability implies adapting to the pressing realities of limited resources and expansionary growth.

Growth that is directly tied to sustainability and “Gross National Happiness” (an actual office of the government of Bhutan) is the way out of the economic morass in Europe and North America, as well as the long-term healthiness of developing markets in Africa, Asia, and Latin America.

The world needs a new conception of growth, and that’s where real leadership is required. The psychological, spiritual, and ecological dimensions have become practical considerations. Indeed, they are indispensable elements of the new paradigm.